Knights of the Willow

Knights of the Willow is the culmination of over a decade of research aimed at chronicling the performance of the teams that represented the Jeparit community on the cricket field and the players who made up these teams.

Like most sporting teams, Jeparit enjoyed some periods of domination and endured times when it was a struggle to put a team onto the field. This is not only the story of those players who engineered the successes, but is just as much about the stories of those who persevered during the hard times.

Many outstanding achievements have been performed over the life of the club that were acknowledged at the time, and some of the more spectacular might have lived on in the folklore of the club for a generation or two, but most have been forgotten in the mists of time.

This aim of this book is to acknowledge and highlight these performances.

One hundred and twenty-five seasons are described in as much detail as is available from contemporary documents, including the performance of the teams in competitions and challenge games as well as the standout individual performances.

The career records for every player who represented the club over this time are included, along with appendices that cover the scorecards for each of Jeparit’s twenty-six grand- and challenge-finals, lists of club officials, biographies of Life Members and notable Jeparit cricketers, and a brief history of the Tullyvea club that amalgamated with Jeparit in the 1960s.

The book is $50, plus $15 for tracked postage in a padded satchel Australia-wide if purchased online.

Please email publishing@wancon.com.au with any queries. 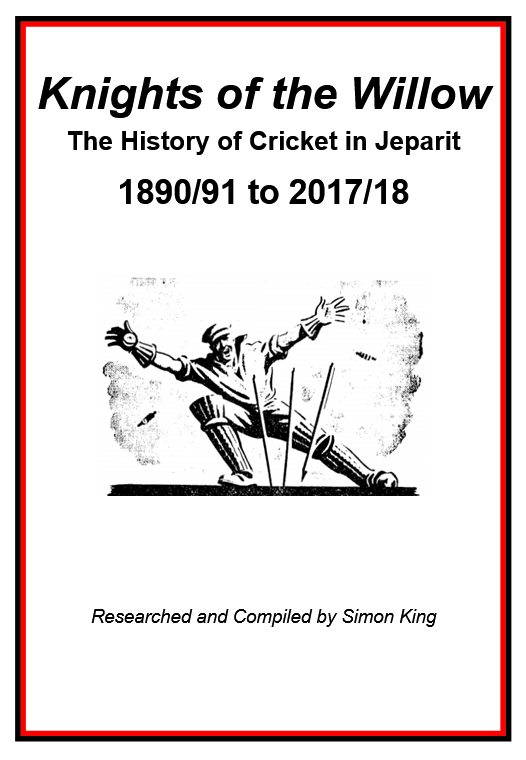